If you and I are friends on Facebook, congratulations. I like to think of my self as marginally hilarious, insightful at times, and a closet poet with the heart of a true romantic.

Now, I know what you're thinking.  Todd...dude. We've read your poems. There is NOTHING closeted about it. And what's up with all the links to the romance books??

I have on numerous occasions espoused the amazing talent that I have been in the proximity of by virtue of the different writing groups I am in. These people are crazy good at their craft. And the genres they write in run the gamut. Science-fiction, speculative fiction, historical fiction, horror, gore, suspense, thriller, and romance of varying shades and sizes.

As I drove to work yesterday, I was struck with a story idea about a poet.  In thinking this story through, I realized that while it may not be a romance novel per se, it would definitely contain more of that genre's trademarks that nearly anything I've ever written (because I'm told that dirty texting doesn't really count as writing romance, but whatevs).

Seriously, though, even the novel that I just finished the first draft of has more of a relationship between two of my characters than I had originally thought would be the case.

And there are three women, in particular that I hold partially responsible for this.

First off is Violet Patterson.  I met her in the first writing group I joined here locally (Creative Minds Columbus).  It took me a few meetings to actually look at what she had written. When I started reading it, I was pretty much hooked. I'm working through her collection, starting with the Emerald Seer series.  I would say that the seeds of my reading romance novels openly were probably sown by devouring these titles.

Next up is Carma Haley Shoemaker.  She is the leader of another writing group I fell in to about 8 months ago. Wanting to support my fellow authors, I picked up copies of her books. I wasn't sure I was going to read them. The covers are very overtly 'romancy' and, well, I'm a dude. As much as I hate gender stereotypes, they are out there. And then I started reading the books. And started digging the relationships as they were building with every flip of the page. I may or may not be the target audience for Carma's work, but that won't stop me from reading it.

And last but not least there is Monica Corwin. I first met Monica the same night I met Carma. It was at a gathering of local writers hosted by another writer, C. Bryan Brown. The night itself was kind of a blur. I just remember feeling terribly out of place with these real writers. Imposter syndrome strikes again. But that is not the topic of this post. And besides, I got better.

As I did with the other writers in my group, I Kindle-stalked them.  Something strange happened when I read Monica's works, though. Starting with the Revelation Series.  It's billed as a Paranormal Romance series. Again, I thought that I wasn't really a Romance Novel kind of reader, but something struck me as unique about her approach to this story. And it was something I've seen carried through in everything of hers that I've read.

It was Monica's mission. It is her goal as an author to make Romance accessible for everyone. In every interview she gives, in every bio she has, on her sites...it's as plain as day.

It's a pretty lofty goal. And I wondered if that meant everyone who liked romance novels to begin with or everyone everyone.  My background with romance novels prior to this year was slight. I would flip through romance novels looking for the naughty bits, gain enjoyment from those, and pretty much be done with it. Excerpts and abridged versions in Cosmo served those erm...needs just fine.

But knowing that my friends wrote these novels, I wanted to do them the respect of reading their work. As it was meant to be read and not just something to fap to (and sure, I could bookmark the fun bits later and go back to them).

Funny thing happened as I read the first book in the Revelation series.  I finished it. I got done and went to flip the next page. Only there wasn't a next page. I talked to Monica shortly after and started asking her what happened next?  She smiled and told me to read the second book.

So I did. And I had some of my questions answered. I had some characters I loved. And some I just didn't trust. Again I was left with the same question. What happens next? Only this time, there wasn't a third book yet. I was stuck. I had to wonder what had happened to Katherine. And just how pissed was Bianca? And seriously...Gwynn??

And then it hit me...Dammit. She did it.

I was fully engaged in this world. I had gone through two romance novels and was jonesing for the next book. I needed to know how the story unfolded.

I didn't care that it was a romance novel. You could have slapped any genre you wanted on it and I would have read it. A genre that I didn't think I would really call one of my favorites is slowly inching its way up.  And that realization has illuminated a few things for me.

Genre labels don't matter if you're engaged in the story.

I'll pull from my geek background to give some detail on what I mean by that. There is a pretty strong arc of love interest issues in Buffy The Vampire Slayer. Put in book form, it could be called paranormal romance. But in watching Buffy, I didn't mind. The romantic elements didn't jar you out of the world in which you were immersed. It fit with the story. Reading the romance novels I've read lately, it's not always about him grasping her heaving love orbs through her silk blouse which was soaked with anticipation.  There's a story. In the good romance novels, regardless of sub-genre, the sexy stuff happens when it fits naturally with the story.  And that's cool, it just makes it another facet in the relationships we're watching unfold.

Leave your pre-conceived notions of romance somewhere else.

This one is aimed at me. The first romance novel I really read was an excerpt of Erica Jong's Fear of Flying. I later went back and read the whole novel. And I guess that could really be considered more erotica than romance, looking back. Otherwise, I didn't really read much in the way of romance or modern romance, I should say. I'd consider a good collection of what Shakespeare wrote as romance, but I was not versed in the contemporary authors. So, my idea of romance had always been the books that had the covers of Fabio on a stallion galloping on the beach, luxurious locks flowing in the breeze.

Most of what I've read by my friends doesn't really fall in to that at all. I'm fortunate that my friends care about story and plot.  As a result, it makes their works enjoyable to read.

Lastly, and this is the big one, we all could use a little more romance in our lives.

Seriously. Have you looked around?  The world needs works of fiction where the characters actually care for and fall in love with each other. And if there's some sexy time too, hey, bring it on. That's part of life.  I think what I'm finding that I enjoy about the romance novels I've read recently, is that I can just read them and feel good. Sure, sometimes things go terribly sideways and you have to battle your way in to and back out of the underworld, but there's also some feels good stuff in there, too.

The world could use a little more romance. And fellas...I'm going to let you in on a secret. Your lover reads romance novels.  And how cool is it to be able to connect with that person you care about?

So...there you have it. A rather long winded answer to why I've been posting so many links to romance novels.

Now here's the short answer. Oh sure, I could have put this first, but I really wanted you to read the rest of that.

The short answer to why I post the links, and share the pages, and put up the info on contests is this. I belong (belong) to a community of amazing writers. The vast majority of us in this community want to get our work out to the world.  Any time my friends come out with books, you can bet your bottom dollar that I'm going to be pushing for them. Because I know that when I have my first book come out, they're going to do the same for me-whether or not I ever share a single link to their Goodreads page or not.  It's the support. It's the community. It's the family.

And to be blunt about it, you need to read their stuff. It's good. I enjoyed it, and I'm just crazy enough to think you might enjoy it too.

And when you visit those pages, and enter those giveaways, tell them Andrew sent you. 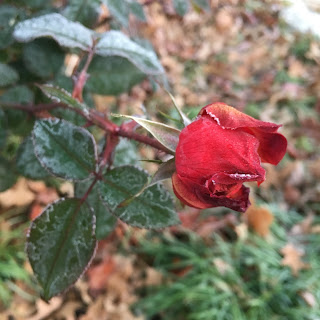