I used to think I was crazy.

I still might be, truth be told. But the difference now, I don't think I am.

I can't remember how far back writer's brain goes, but it's been with me for a while.

I only quite recently identified it as my 'writer brain.'  Part of that, I'm sure, is because I only recently considered myself a real writer. Not in the way that Pinnochio considers himself a real boy, but only after he actually IS a real boy.

But that's a whale of a tale for another time, I'm sure. No...the writer brain is a brain within my actual brain. I don't suppose it will actually show up on any CTScan, but I know it's there.

It usually shows up at the most inopportune of times.  Hey...I know you just woke up to pee...and ooooh...hey, bummer about that whole coughing up icky nasty phlegm at 2:30 in the morning thing, but what if you wrote a little story that went something like THIS!

And just like that, it's off to the races. Now instead of crawling back in to bed and sleeping off the night (and day before) of vacation drinking, my brain - the writer brain - has taken control of the car and is driving us to who knows where.

There are times, though, that it's not so OK after all.

HEY! Look...I know you're in the middle of a crisis with one of your stores, but do you know what would make a REALLY good book?  THIS!!!  And bammo! Just like that I've got Notes opened and minimized on my desktop so I can flip back and forth and do some writing.

The latest piece I'm working on is a romance novel. Or at least that's what writer brain is telling me it's going to be. I can't really say for now. All I know is that I need poems for this book.  In order to tell it the way that writer brain thinks it needs to be told, there needs to be a lot of poems. I don't want to ruin the surprise, but if I manage to actually pull it off the way that writer brain has in mind, it's going to be epic.  Or at the very least, as epic as a first romance novel by a traditionally sci-fi novelist will be.

And what are the dangers of writers brain? I mean, it sounds like a good thing, brah! You can get your ideas and get them hashed out, whenever. It's win-win!

Only, it's not win win. Because of writer brain, I find myself studying people differently in a conversation. Which, in turn, has me speaking less. So invariably, I get the

"What's wrong man? You look down." from non-writer friends and family.

And I have to explain to them that all of the emotions and facial expressions that I normally wear on the outside are trapped inside for a bit while interacting with characters that writer brain is introducing me to.

Not only that, but I find that it sometimes creeps in to real life. I'm pretty sure it led to some awkward interactions in the past. And probably will again. But it's not really my fault if I sometimes make entire backstories for people who do something as amazing as walk in to a room.  Or, I get like six words, like "She only consumes her own fluids" and I just HAVE to know the rest of how that story goes. Or, hell, even what led UP to that story. Because I'm almost positive there IS one hell of a story there. Or...that lady is batshit crazy.

That's the thing about writer's brain, it's always trying to take something a make it a story.

I can't really shut it off, either. It just happens.

Before I actually figured out what was going on, I straight up thought I was cray. Especially since my writer brain has a voice. It sounds like a Cerberus of Morgan Freeman, The Rock, Christopher Walken, and Betty White. Which...is fine as long as the heads are talking one at a time. But when they all start talking, it sounds like a bad SNL skit narrated by God.

It sometimes leads to non-adult type thoughts, too. Like Hey...you really should skip work and stay home and write.

Writer brain does not know jack shit about paying bills. Nor does it know about jobs. And relationships. Writer brain inherently knows NONE of those things, but somehow acts as a conduit and those things come alive on the paper. I have to admit that the whole process of writing (recent plotting aside) is like that. At some point when the word hit the page, they've already been run through at least 4 different scenarios and played to the crowd in my head.

One might be inclined to call this a muse. I don't think that's quite accurate. To me, a muse has a form. It's a person. It's a place. It's something or someone who inspires you to write.

Writer brain just says, "Hey dude...you were gonna write anyway, heres some things to spice it up a bit!"

About the only thing that can derail writer brain, for me,  is fatigue. I've nodded off 3 times during the writing of this post.

Which tells me that the Diatribe of the Writer Brain part deux will have to wait for another time.

Or, you know, when I get up to pee tonight.

peace out (albeit it hastily), 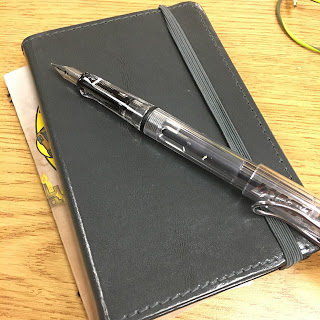