Day 30 - You Forgot The Tacos, But I Forgive You

There are roughly three hours left in NaNo. And I'm fried.
Not literally because it's Ohio. And it's November.

My brain is kind of mush right now.  As I sit down to write this, I am 933 words shy of hitting 50,000 words. The goal that was not my goal. The goal that is 25,000 words less than the goal I thought I would hit. The goal that is now the bane of my existence. At least for another 2 hours and 59 minutes.

I have a couple of stories that I'm working on and started working on at the beginning of the month.

I've probably talked about them. I might talk about them some more.

There are the NaNo purists who say that blogs don't count. Are there? I mean, I have to assume there are. But, fuck'em. I'm writing. These are words. These are my thoughts.

All of those things count.

As you might have read (wait, did you?) I hit a wall yesterday. And then I got back on the horse this morning. And then I had a doctor's appointment. I mean short of having stupidly high blood pressure, ridiculously elevated blood sugars, and a silly little bout of social anxiety, I'm fine.

I'm sitting here in my favorite Starbucks (which, still just makes me giggle, that I have a favorite Starbucks. Sooooo many things wrong and wondrously funny about that statement).  I haven't been coming here enough yet for them to know me by name or what my favorite drink is yet. I give them until about Spring before that becomes a thing.

Noise cancelling headphones are a must. So are some awesome long mixes by my man Dabears. Granted, it's been about 2 1/2 years since he's (or she's) put up anything new, but what's out there is still pretty dope.

Tonight's focus was on a short story I'm working on for an Anthology with the theme of Magic that I'm going to be submitting for. Not sure if I'll get in, but I'm gonna give it a shot. I actually had two story ideas and I'm not sure which one I'm going settle on, but I plan on finishing both stories. One or both may lend themselves more naturally to something longer than 10,000 words. We'll see.

So, the first one is, what if there was one of those monthly crate services that dealt with magic (like magic tricks, etc). Only sometimes, they actually sent a truly magical item. What would that look like? How would that manifest in our world? And what would happen to the poor schmuck who got it?

The second idea is that there is a true definition of magic. Magic with a capital M. Not the magic we know from books and movies, but the secret of the one true Magic. And this secret is kept by a single person. And if that person shares the secret with another, they die and the person they shared it with becomes the new keeper. It has been that way since before there was Magic. There are all sorts of questions around this story idea that I can't post here because they would be akin to spoiler alerts.  That's the story I spent about 3500 words today writing.

The other thing, besides 14 well placed blog posts throughout the month, that I have been working on throughout NaNo is actually something that will make its way into the world in book form sometime in 2018 (you heard it hear first).  It's a romance. And the main characters is a woman who is an international best-selling author and motivational speaker with a bit of a problem, she knows she's full of shit and wonders how anyone can be motivated by her books, which are clearly satire. She falls in love with a voice on a tape recorder, not knowing that its owner may be closer than she thinks.

I can see this one being something on the Hallmark Channel. I mean, I'll probably have to edit out the 'fucks' etc. before submitting it, but still, anything is possible.

Speaking of anything being possible.

Fun fact. I said in one of these posts (or maybe it was on Facebook) at the end of 2016, that 2017 would be the year I would publish my first book.

My first book came out on April 25th as part of the Midnight Magic Box Set. Shadow Initiate was my first book and the first book to really grab me by the short hairs and say 'guess what, dude, you are SO writing a sequel to this.'  Yes. I am. The sequel to Shadow Initiate will be released in 2018. To be clear, it will be written and then released. So yeah.  That's a thing.

And if you're reading this and you are kicking yourself because you didn't get Shadow Initiate when it was in the limited-run box set, take heart and be of good cheer. I'm going to be releasing it in December. You will be able to get your own copy.  So, that's also a thing.

If you did miss it though and you wanted it, you should learn from your misfortune and make sure you pre-order the LEGENDS AND LORE box set that comes out NEXT TUESDAY. My second published book of 2017, Ovid's Folly, is included in the set. And I have to say, guys, I'm really pretty pleased with how it turned out. I think you'll like it.

And if you don't, there will be 20 other multi-genre tales in the set. I'm sure you can find one or two more that you like besides mine.


With that, I really am done.

I'm sure I have a couple posts in the near future thanking people, including you, for helping me reach this goal.

Crap, the baristas are looking at me funny, so it's probably time to go.

And maybe get some tacos.

Much love to all of you,
Todd


And because for once, a picture actually captured exactly how I feel, this is the look of someone who is relieved that he finished, slightly crazed, and in desperate need of tacos. 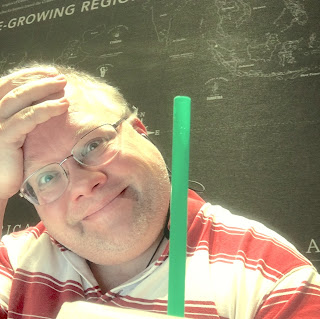 Way to go bro! So proud of you. I'm looking forward to reading Ovid's Folly in a few days.

thank you Darrin.
November was nuts, I'm just now feeling like I can catch up.