Greetings from SkaggleRock and the Gallifrey Annex. It's almost Fall. Well, technically it is Fall, but it's almost that magical 3 weeks in Ohio where it actually feels like Fall and the weather behaves the way it's supposed to in the autumn.

The year was 2016...maybe it was 2015. The only "romance" novels I'd read besides the hastily stowed away copies of Judy Blume (because, you know, they were 'girl's books'), was an excerpt of "Fear of Flying" by Erica Jong that I found in the back of an issue of Cosmo. Needless to say, I only really read it for the naughty bits.

And then I met Monica Corwin. She was a romance writer. Prolific as heck, and further along in her writing career than I could have dreamt of being. I didn't know it at the time, but this author and amazing woman would become my best friend.

Having said that, you may think that what I'm about to tell you is just the rantings of a dude wanting his bestie to make good. And that's partially true.

Here's the thing, though.

Her books are amazing. She has had a mission since the day I've met her--To make Romance accessible to everyone.

And, I'd have to say, she's done it. I've read a good chunk of her books and I have to say, it's the story that keeps me coming back. Sure, I buy the books to support my friend. That's a given.

But here's the key...I read the books because I love the stories and the way she tells them.

And I'm pretty sure you will too.

All of that just to say that Monica has a new book coming out. It's another in her line of Twisted Classics.

This time it's Wuthering Heights that gets Corwin'd.

If you think you know Hollywood or Wuthering Heights, I can tell you right now, you don't.

Heath was never my brother.

Nor my step brother, or any other relation our family tried to impose on us.

He was always just Heath, and at the end he was my Heath. Ten years ago he disappeared, and within three years of his absence he’d taken over Hollywood.

The world my father built.

The world he wasn’t good enough for.

The world he’d been denied when he was told he couldn’t have me.

Now he’s back, and he only wants one thing…to take it all.

Hollywood King is Wuthering Heights crashed into the glitz and glam of Hollywood Royalty. A stand alone book with the happily ever after you always wanted for Cathy and Heathcliff.

Wow.
Was that hot or what? I can assure that it's really only a hint of the heat that is in this book. But the heat is like a fine salsa. Sure, it's hot, but not so hot that you can't taste and savor the flavor.

Seriously. I can't wait for that. And if you are like me and you want to get in on this world now, you can check out the first three chapters on the Radish app.

Oh. you might have been wondering what was fogging up the lens.

It's a special cover reveal for the book. There's only a handful of us that get to show you this cover before the book comes out. You may want to have a cold glass of water handy. 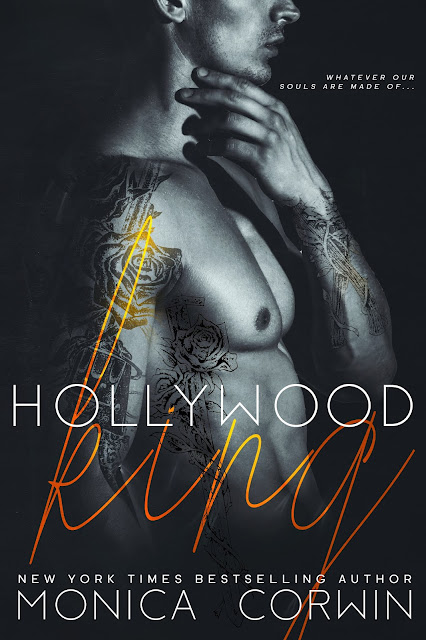 I know. It's sexy. If you click through to Monica's website, you can sign up for her newsletter--don't worry, she's one of the good ones that won't spam you. AND...you can get another story set in the Hollywood Kings world before the book comes out.

Alright SkaggleRockers (look I'm still working on a name here for when there's actually a group of people all in one place that are fans of my books, help a fella out), I know I've given you a lot to take in. It's OK. No, really. Go ahead and get that second glass of cold water. Cold shower? Uh..sure. Might want to leave your electronics on the bed, though. They don't play well with water.

Have an Awesomesauce weekend, and if you see Monica (or even Heath), tell'em Todd said 'hi'!