Sorry if this is starting to sound a bit like a broken record, but as it's on my mind and as my words are my way of clearing through some thoughts, I don't really see a way around it.

I saw a friend tonight I haven't seen in a good little while. Since at least before the move back in March. It's cool. I got a batch of homemade Christmas cards. Like the batch of homemade cards I got last year and the year before, they will likely sit in a stack in the same place until about February when I will put them in the box with the other unsent cards.

Maybe this year will be different. I say that every year. Maybe this is the year it will be true.

I say that every year, too.

Anyway, in the course of conversation, I let slip that I wasn't on Facebook. Her husband said, "Again?!" and she said, "You'll be back."  Both were said in jest, I know.

Still. It got me thinking.

It's been about a week.  Just one week. There have been a few moments where I have really been tempted, but not because I wanted to see what was going on, but because I was bored and my default action when I was bored was to get on fakebook and scroll until I was not only bored, but I was bored, numb, and generally thinking most people were terrible at humaning.  So, it wasn't that I missed it per se. And I realized that tonight, rather than agree, I just smiled and said, "I don't think I will."

And I was good with that.

It's just kind of a weird headspace to be in right now.

I know I'll be past this stumbling block of obsessiveness, but for now, I'm just working through it.

But on a positive note...the Christmas lights are up outside, so that's a good thing.

And with that I bid you goodnight. Yup. Short and sweet.

Except I'm not short.

And not always sweet.

Have a good rest of your evening. 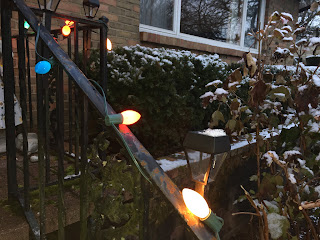 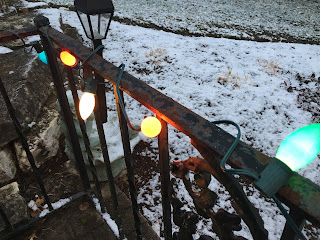 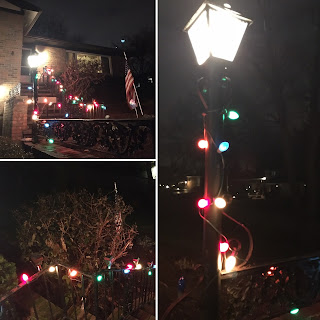 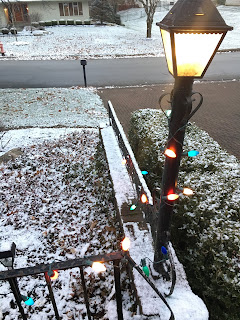